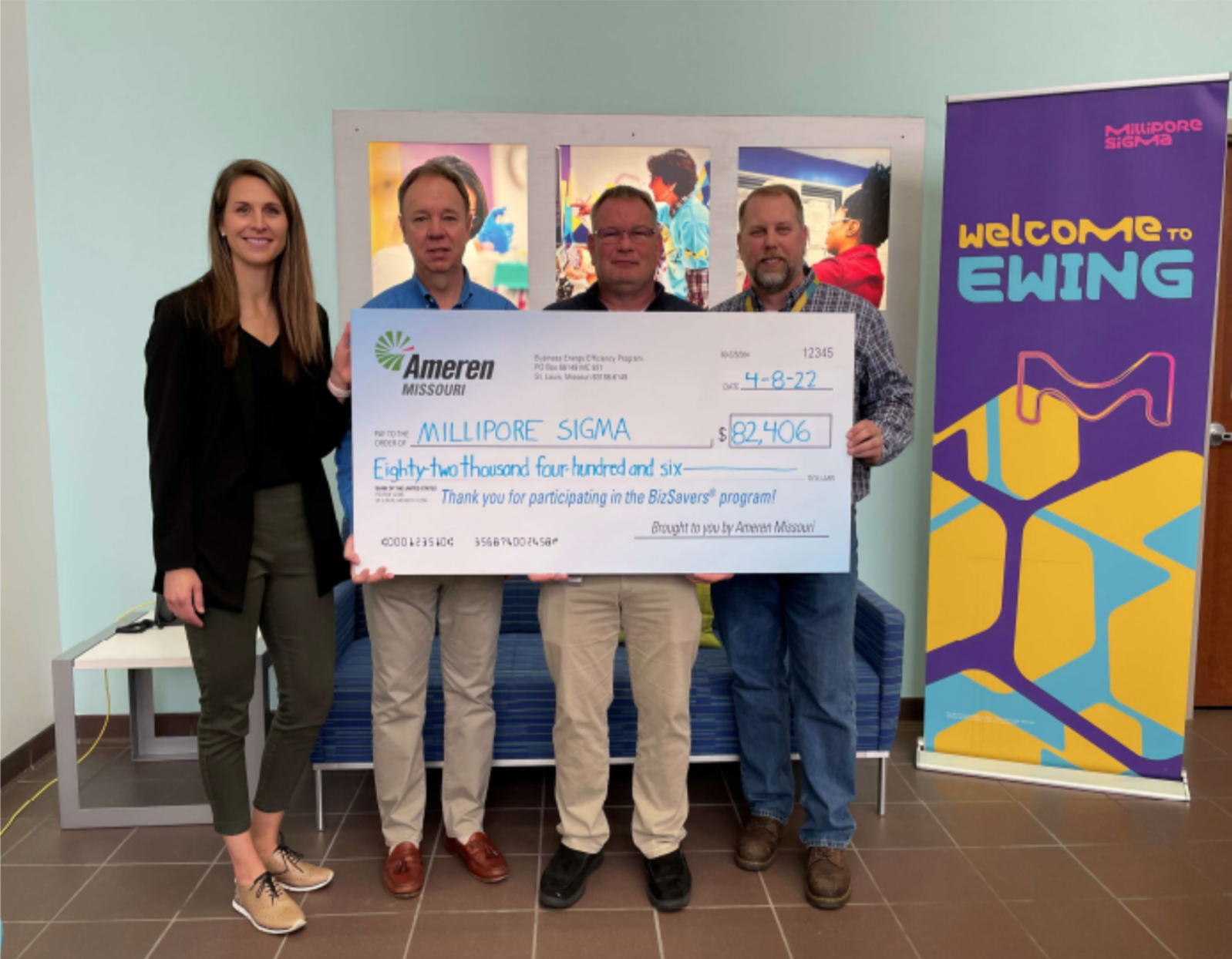 This branch office of MilliporeSigma, located on Spruce near Midtown, contains a data center, food service and lab production areas, and office space. They have additional facilities, Dekalb and Ewing, that are primarily production facilities. MilliporeSigma chose to reduce their energy consumption by converting outdated fluorescent lights to new LED bulbs throughout the building. Occupancy sensors were also installed throughout the building, which will reduce the amount of time lights are left on. Working with Siemens, MilliporeSigma enhanced controls and added smart thermostats for 20 units at the Spruce & Dekalb locations. Additionally, they added Variable Frequency Drives (VFD) and Direct Digital Controls (DDC) to the Ewing Central Plant.

MilliporeSigma began their energy efficiency journey by benchmarking energy use in the building. To address efficiency in the building’s lighting, warehouse areas that were previously lit 24/7 are now only lit when used, which is typically less than 4 hours a day. Open cubicle spaces in the office were divided into sections, so that if no one is there in a section, lights will not be on. Additionally, occupancy sensors were installed in hallways, where lights were previously on during all business hours. The combination of swapping out florescent lighting with LED and installing occupancy sensors is projected to save 186,390 kWh and $12,488 annually.

Working with Siemens, MilliporeSigma also addressed the efficiency of the building’s HVAC systems by adding night set back controls, smart thermostats, and additional controls to the Ewing central plant. For the setbacks and smart thermostats, this reduces the capacity of the HVAC system at times when the building is not in use. Rather than running the air conditioning while no employees were using the space,
the new control sets back HVAC use from 6pm to 4am to improve efficiency. This is projected to save 705,450 kWh and $52,620 annually. Additionally, MilliporeSigma received $52,900 from Ameren Missouri’s energy efficiency incentive program which brought the ROI to less than one year. The central plant optimization project will reduce pumping energy, eliminate chilled water bypass, and provide more precise control of the central plant by adding DDC controls. This is projected to save 597,000 kWh and $65,000 annually. MilliporeSigma received a $82,406 in incentive and the ROI is projected at less than 5 years.

Reducing energy usage is the right thing to do. It’s great working for a company that supports sustainability initiatives that reduce our carbon footprint and protect the environment.

MilliporeSigma is a biotech company that specializes in advancement of pharmaceuticals and novel therapies. Their purpose is to solve the toughest problems in life science by collaborating with the global scientific community, aiming to accelerate access to better health for people everywhere. MilliporeSigma is dedicated to making research and biotech production simpler, faster and safer.